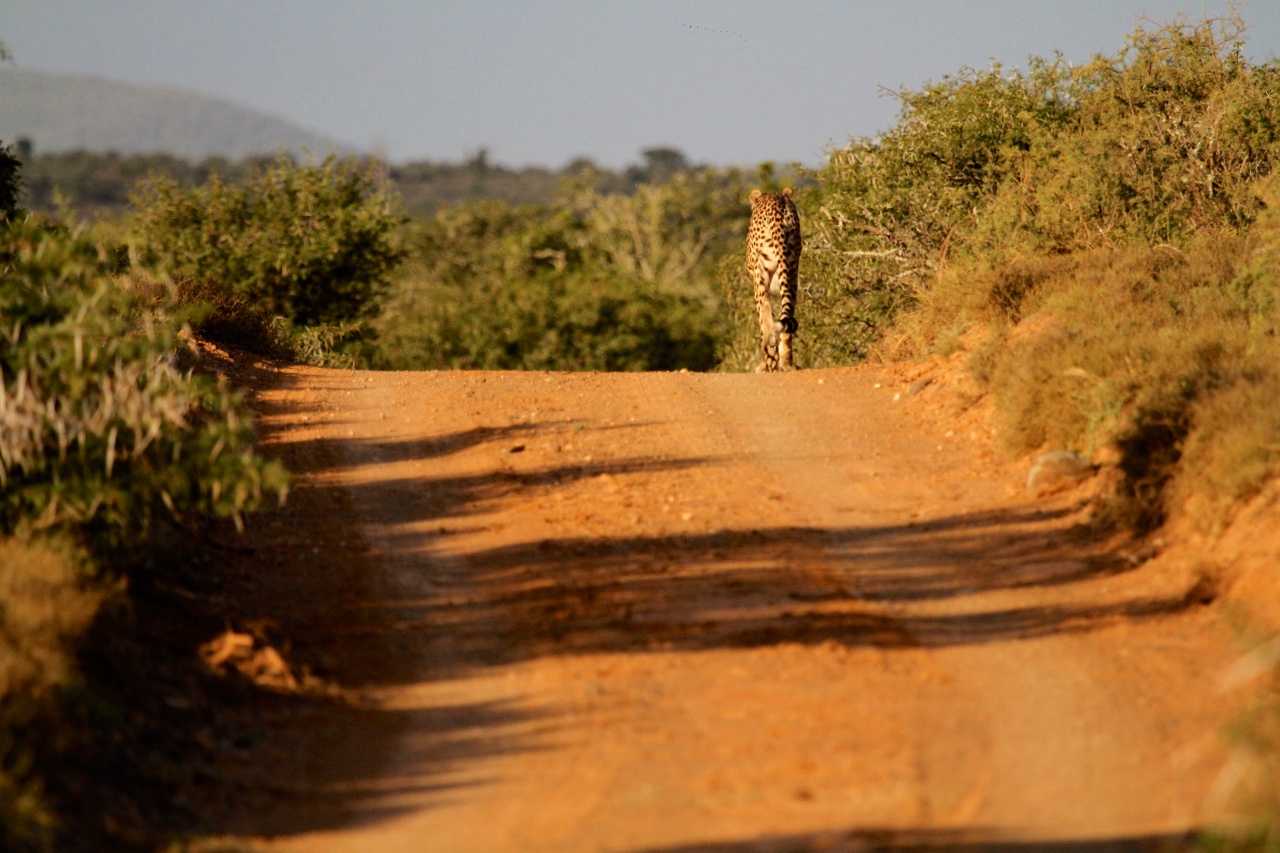 Unbelievable place. We spent four nights and five days here. I cannot recommend this place enough. We had the best ranger out there – Lucien – more on him later. The staff. Trackers. Game 4x4s. The food. The wine. The accommodation. The grounds.

And the game drives. We would get up at 5:30am every morning and do a game drive for four hours or so. Then another late afternoon. We did eight game drives in all. This is not the sort of place where the animals are just lined up for you. You have to drive and find them and track them and get into the thick of it. We tracked a leopard one day for an hour and ah alf and never saw him/her – nor one that whole trip – but we were fine with it. It was the experience of being in then bush and trying to find these extraordinary creatures in their own habitat. I don’t think I will ever go to a zoo again. If I want to see them, I’ll go to their turf. Seems more appropriate. More me.

Anyways, we had a day where we found a cheetah and followed it’s movement for about thirty minutes. A giraffe was following her – it was hysterical!

I know this isn’t a conventional animal shot, but I loved the composition of this and the colors and of course the cheetah. It just summed up us following this crazy cheetah and knowing that wacky giraffe isn’t far behind!

If you can swing it, I CANNOT recommend Kwandwe enough.