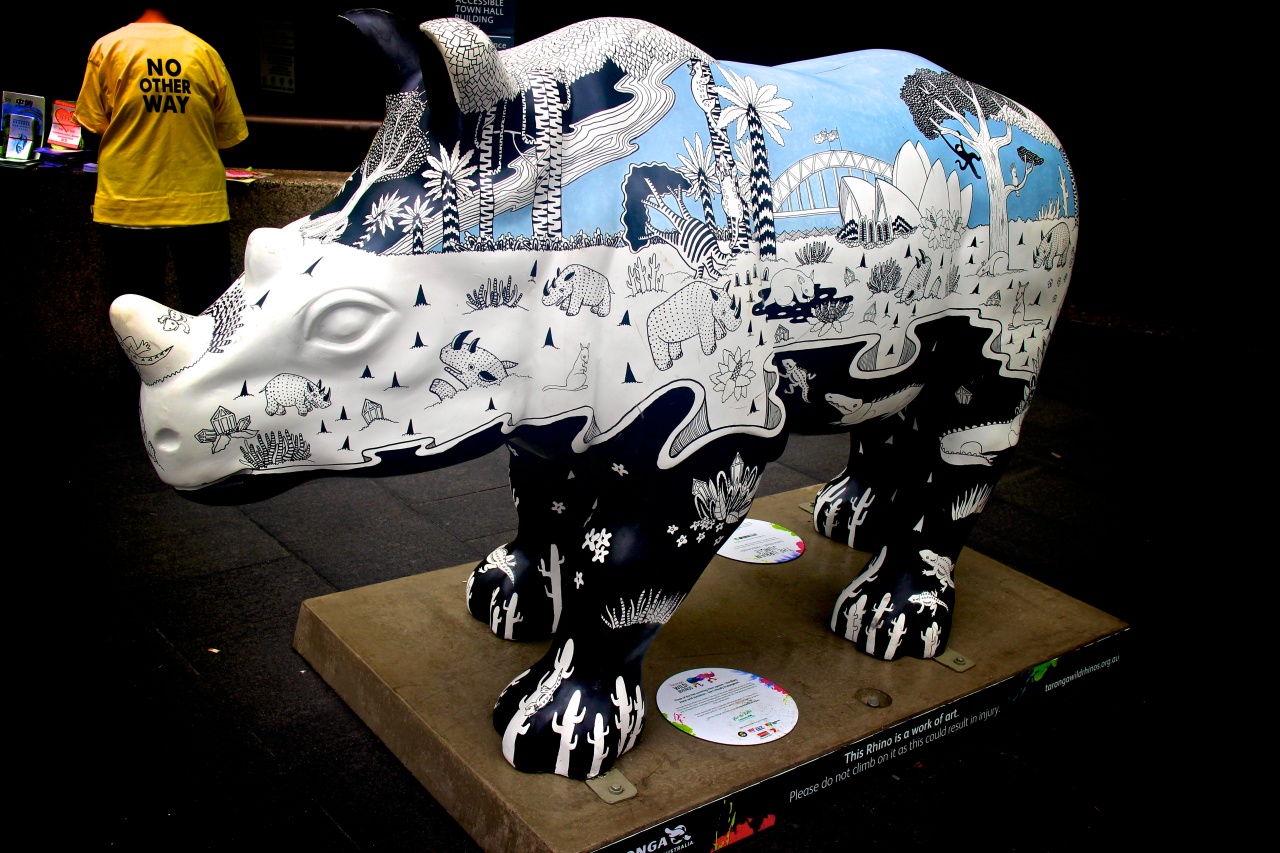 This Rhino is a work of art.

A huge herd of 125 wildly colourful rhino sculptures have charged into town to create a spectacular world class sculpture trail through the streets, parks and public spaces of Sydney, Dubbo and surrounds during February to April 2014 to help raise awareness of the critical plight facing rhinos through poaching and habitat loss.

On May 14 the wild artworks will be auctioned at The Star, Pyrmont to raise over $400,000 for Taronga’s rhino conservation programs.”