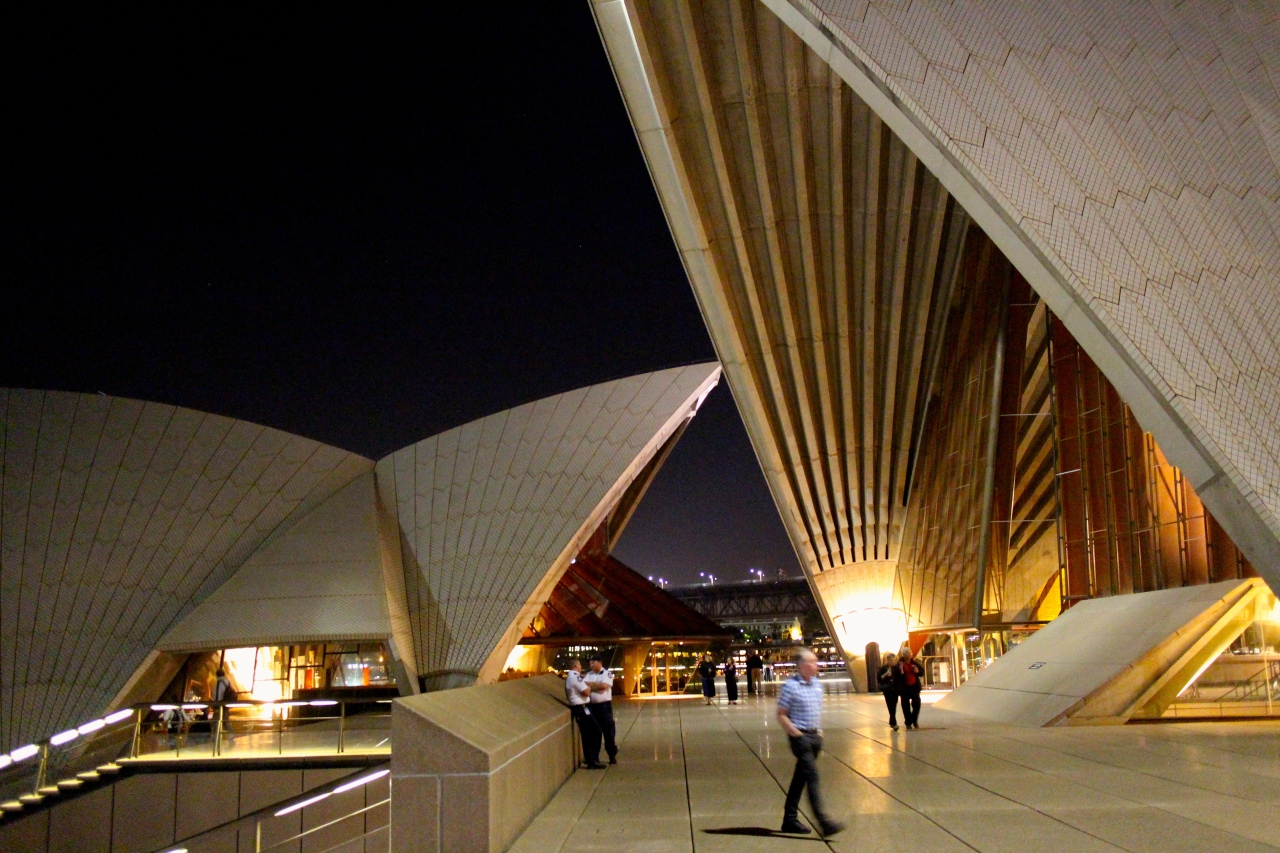 Time for my first show in the main space of the Sydney Opera House just days after the 40th birthday celebration of it!  Saw Bartlett Sher’s beautiful production of South Pacific in the Joan Sutherland Theatre.  The production was produced by Opera Australia and John Frost and this is the return engagement of the show as it was done here last year.

Really stunning production – just as solid as the one I saw at Lincoln Center.  The two leads are currently at the center of the music theatre goss here in Sydney.  Lisa McCune, the Nellie, who was excellent, left her life/family for an new life with her leading man, Teddy Tahu Rhodes.  Regardless of the goss, they were both stellar and have made another solid season of South Pacific in Sydney.  And both are headlining Opera Australia’s production of The King and I next year.  Interesting stuff.

This shot was off of one of the lobbies at intermission.  Those world famous sails of the Opera House are certainly something, aren’t they?