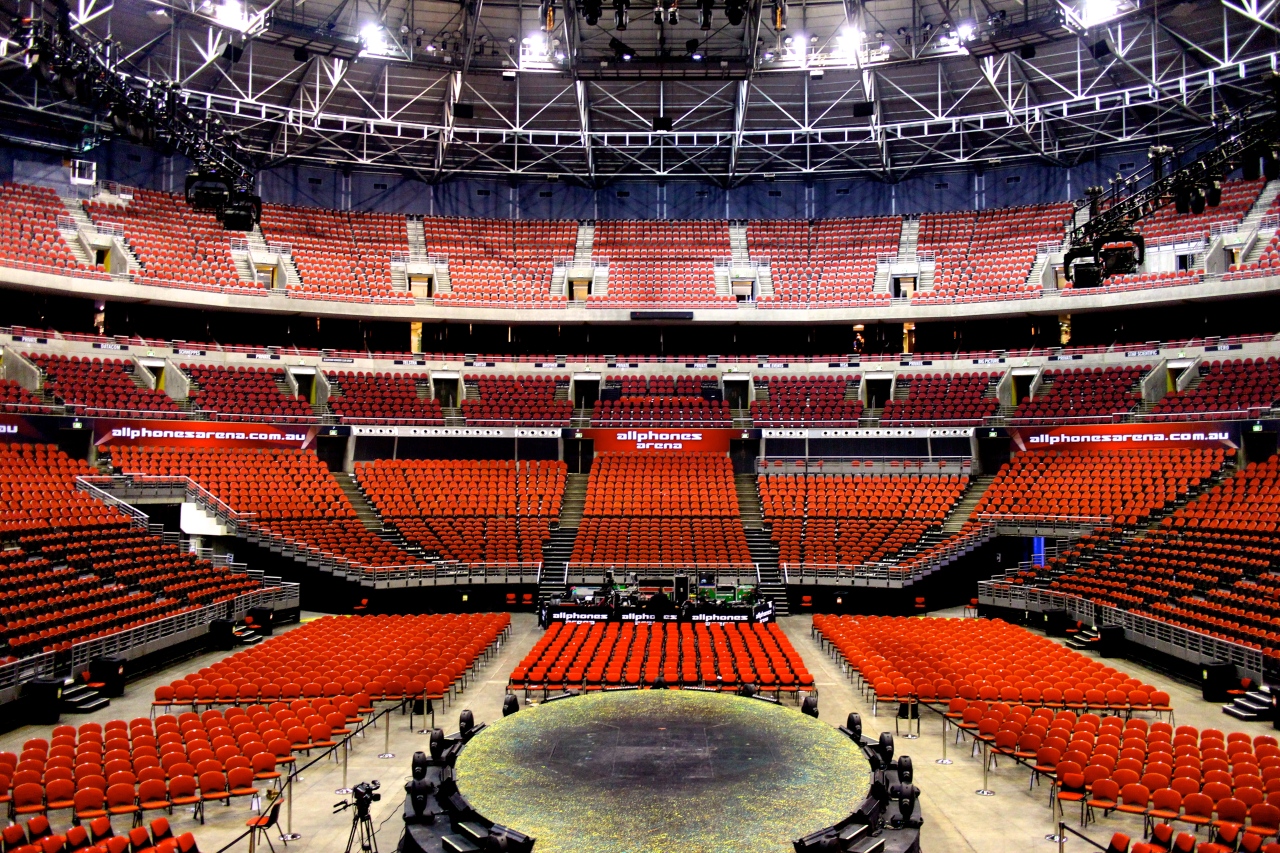 One of my favorite pictures to take is of an empty house from the stage.  I’ve done a few of these in the past.  It’s just a view that we in this business see every day, but take for granted as being special to us.  Audiences really never get to see it from this point of view.  I’ve never had the honor of being on stage at an arena though!

George and Brit were awesome as always and gave me and my friends a fabulous backstage/understage/onstage tour of this massive show.  This is the third time I’ve seen the show and it’s really tightened up over the years.  Some amazing dancing and music – as always.  Thank you guys!