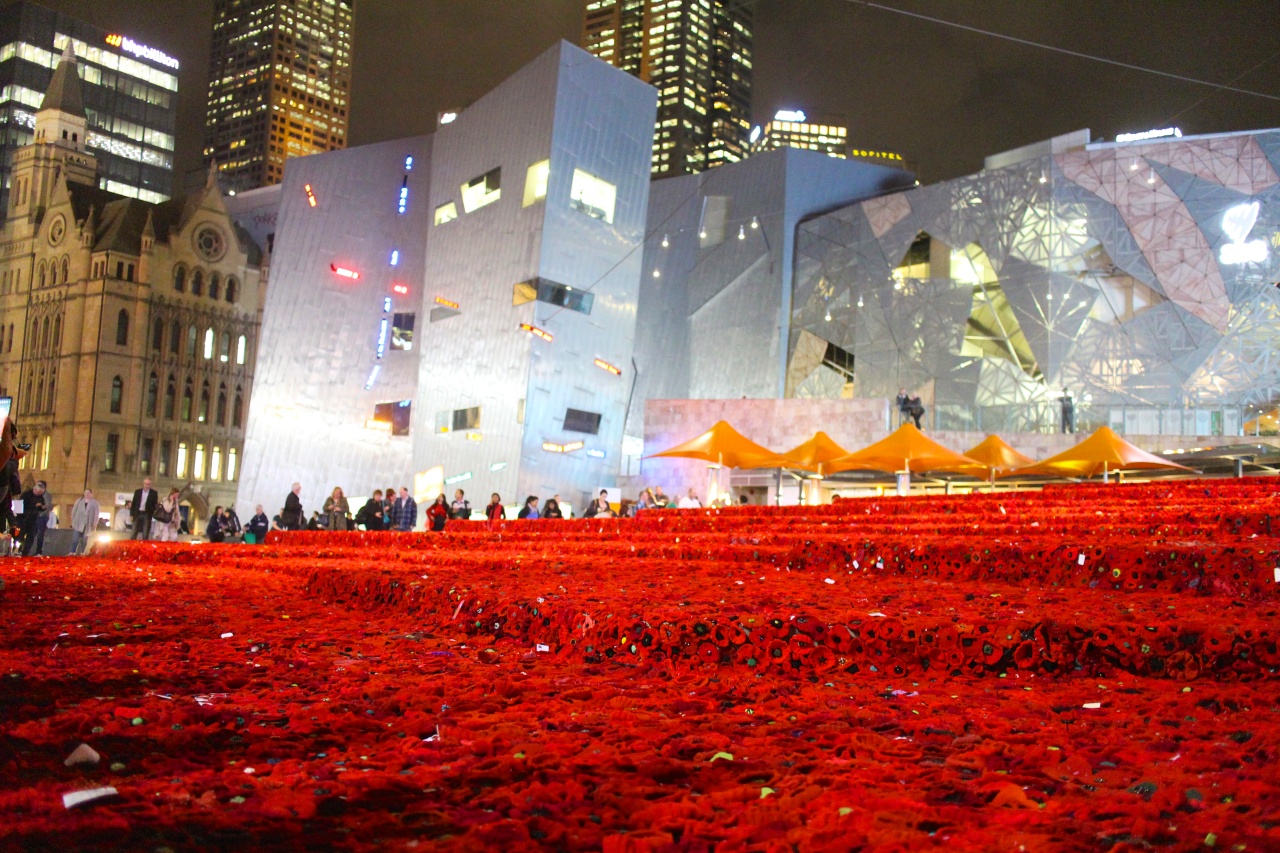 It’s a day of rememberance here in Australia and New Zealand – ANZAC Day. Their version of Memorial Day and/or Veteran’s Day. It marks the anniversary of the first major military action fought by Australian and New Zealand forces during the First World War.

The steps in Federation Square in the heart of Melbourne were covered by handmade poppies – it was a two year project to mark and honor the 100th ANZAC Day.