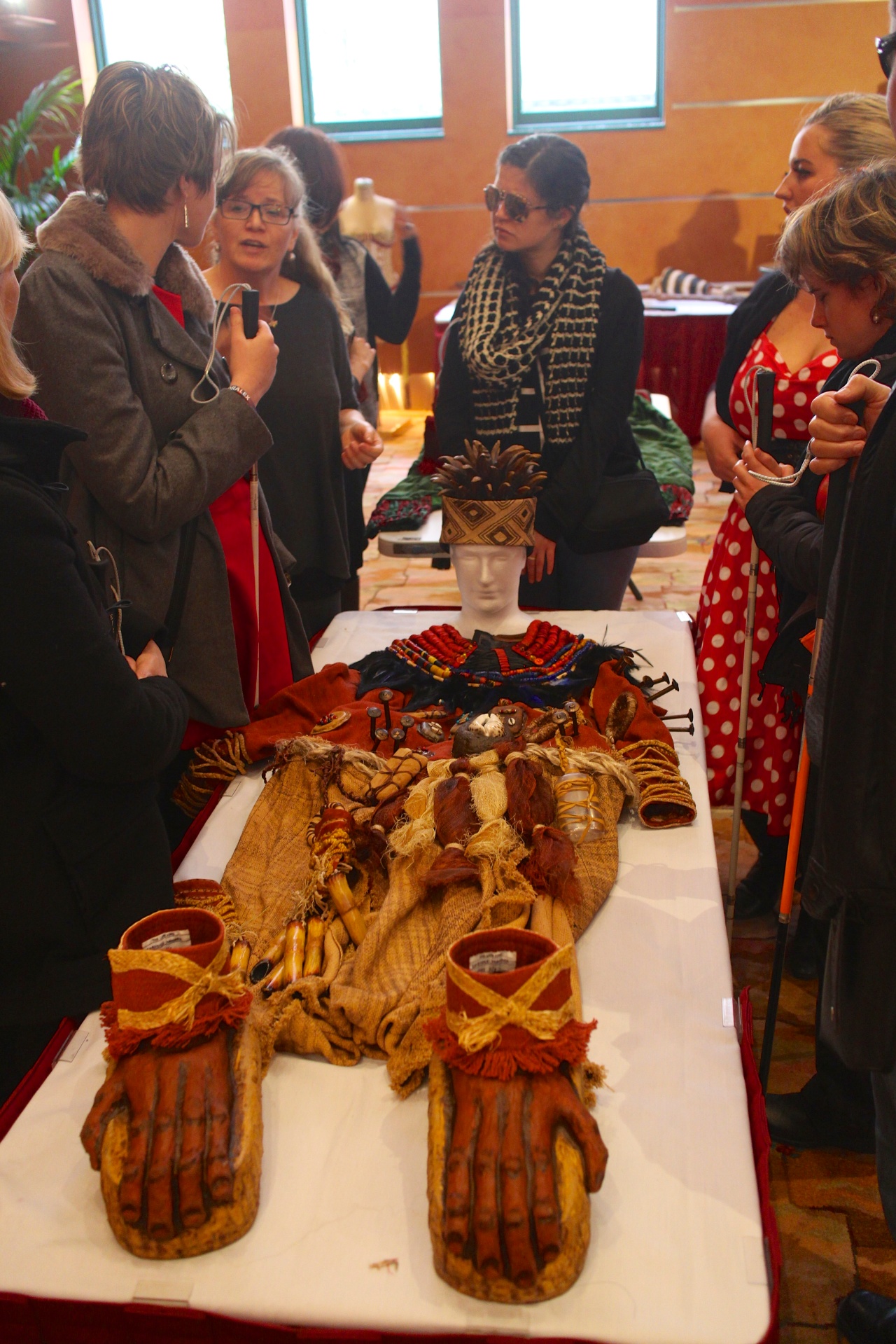 We had another special performance of The Lion King today. This was the second of two visually impaired performances that we gave for that community.

During the performance, we had two transcribers in a side room describing to our visually impaired patrons what was happening on stage – the movement, the costumes, the colors.

Before the performance, we had a tactile tour and laid out some of the costumes, props and puppets and members of our amazing crew walked the groups through the various stations. These guests were able to feel and touch many of the items used in the show to help them get a sense of what was on stage.