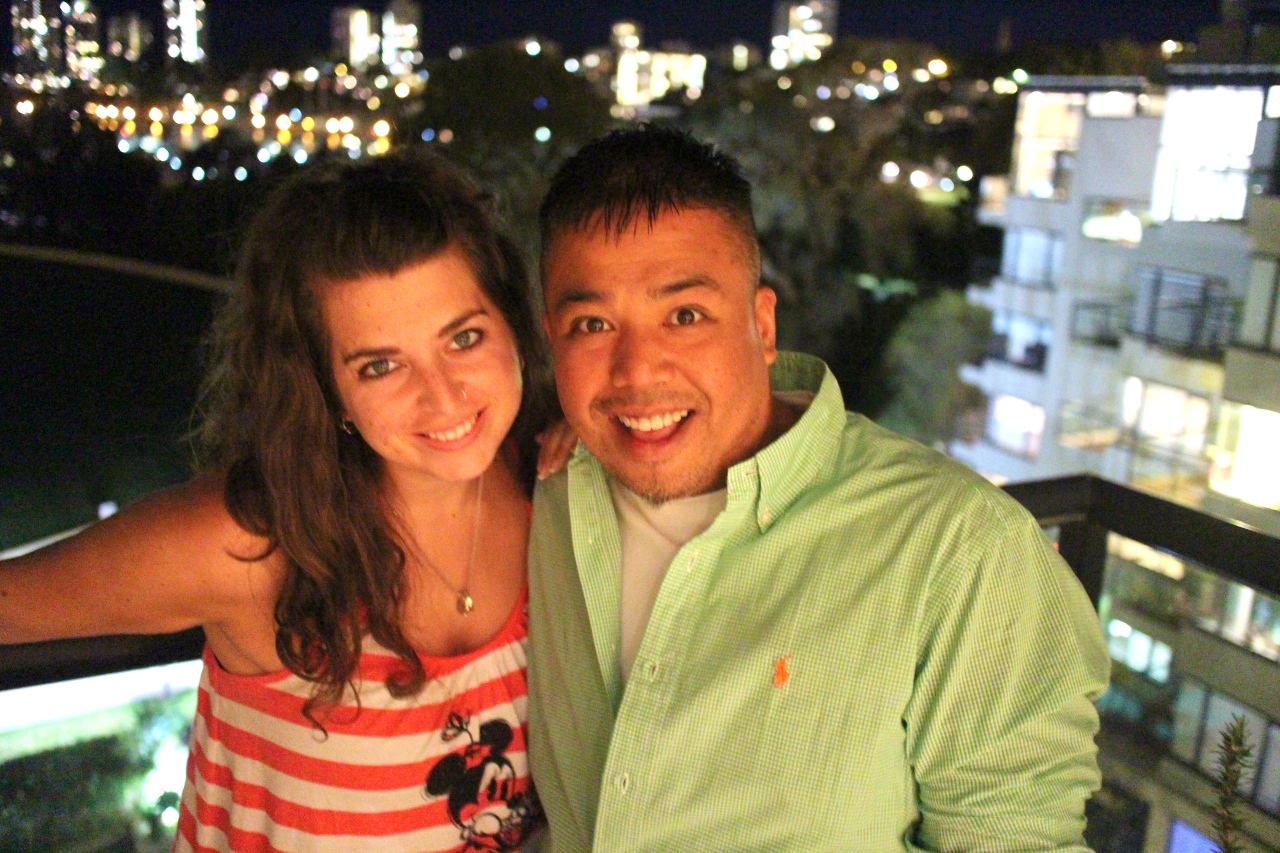 Isn’t this a small world…

I think tonight of all the nights in the world I have realized just how small it is.

George and I started at Cirque back in the summer of 2010 on the same day and set off on similar journeys.  Zarkana.  IRIS.  Six months in Vegas and off we went…

Brit and I have known each other nearly as long with our paths crossing in many places, her working with one of my best friends, her and I nearly working together a few times – and we’ve remained friends throughout the years.  And even becoming closer through the magic of Facebook and the such.

The two of them are partners in crime on the Cirque du Soleil Michael Jackson Immortal Tour and they have found themselves in Sydney for the week.  As you know, I set up shop here two weeks ago.

All the way on the other side of the world, the three of us shared a fantastic night of drinks, dinner and laughs.

A shot from my balcony.  Great night.  It’s going to be a fun week.